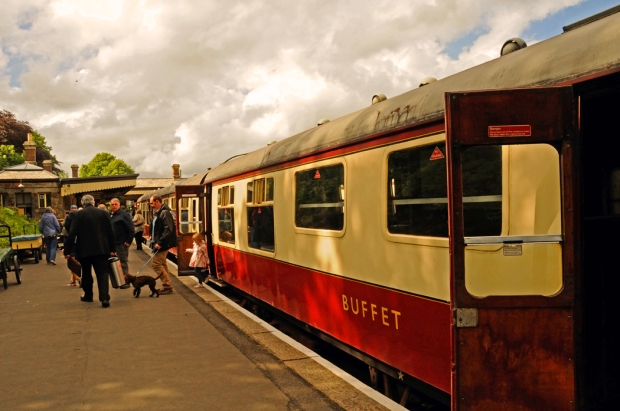 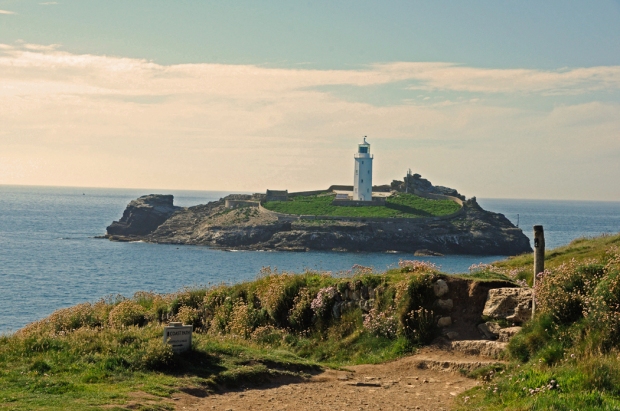 Godrevy Lighthouse was built in 1858.It is 980ft off Godrevy Head on the Eastern side of St Ives bay Cornwall. The lighthouse is a white octagonal tower and stands 86ft high and built on the largest rock on the stone reef. Prior to 1858 a lighthouse had been considered many times, but nothing came to plan, until the SS Nile was wrecked on the 11 November 1854 with the loss of all on board. 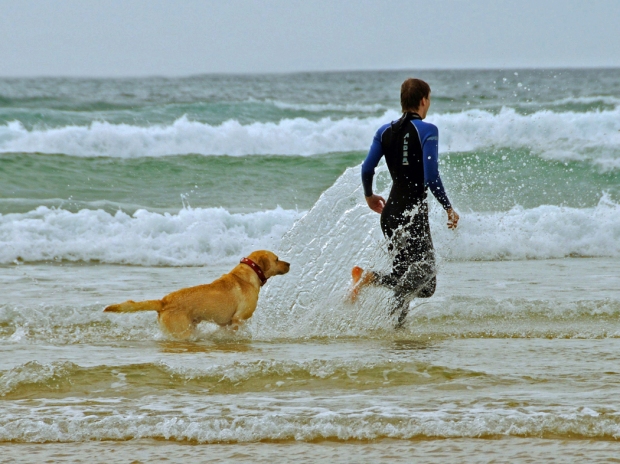 Dog and owner getting some exercise. Taken in Cornwall